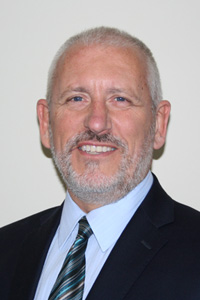 Andrew Hair enjoyed 20 years at sea as a Navigation Officer on a variety of vessel types with the P&O Steam Navigation Company and P&O/Princess Cruises before moving ashore and spending several years as the company’s recruitment and training manager for technical officers.

Joining Warsash Maritime Academy in 2002, Andrew initially managed the professional education and training of personnel in the merchant navy and commercial yacht sectors before taking responsibility in 2007 for the Academy’s business operations. In 2011 Andrew became Director of Warsash Maritime Academy with overall responsibility for the Academy and its course operations, also progressing the Warsash Superyacht Academy project from initial concept stage to operational launch. This was followed in 2016 with a role as Director of ChartCo, with responsibility for the company’s Southampton office operations.

Since moving to Azimuth Nautical Solutions Ltd., his priority has been the advancement of the company’s training course and consultancy service portfolios to better serve customer needs and expectations, with an associated expansion in our team of ship management consultants.

Andrew is a Fellow of the Institute of Leadership & Management and continues to be actively involved with many industry and professional body committees, including the International Association of Maritime Institutions and the UK’s Merchant Navy Training Board.