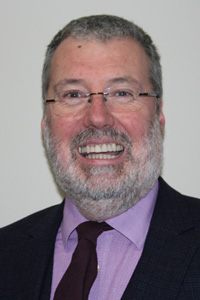 Captain Richard Eastham spent six years with the Maritime and Coastguard Agency (MCA) as a Surveyor of Ships, Port State Control Inspector, ISM Auditor and Examiner of Masters and Mates. During his time at the MCA he became an ISM and Audit specialist, including Lead Surveyor experience on P&O Cruises, Princess Cruises, P&O Ferries, National Environment Research Council Fleet and a number of prestigious yachts such as “Alexander”.

Richard and two former MCA colleagues established the successful and well-regarded Regs4ships business in 2002, providing digital maritime regulations to the maritime world along with a range of training, consultancy and custom data services. After Regs4ships was acquired by ChartCo in 2014, its portfolio of services formed the backbone of the company’s Training & Consultancy division.

Richard continues to undertake a range of high-level consultancy work as well as driving key projects on behalf of Azimuth. He has also chaired the Solent branch of the Nautical Institute.