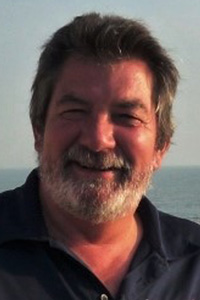 Richard Hussey has a broad range of experience across the maritime domain, having had a full career in the Royal Navy before entering the commercial sector as a Maritime Security Consultant shortly before the introduction of ISPS in 2004.

Making use of his extensive security background, he was very much in demand to implement initial ISPS compliance for many Port Facilities and vessels worldwide. He has also delivered training to numerous commercial organisations and government agencies, including the International Maritime Organisation (IMO), Foreign & Commonwealth Office (FCO), the Organisation of American States (OAS) and the European Maritime Safety Agency (EMSA).

In addition to ISPS, Richard’s general maritime background has proved useful with a number of marine related projects in hostile environments, such as managing offshore survey and diving operations to clear ordnance from replacement pipelines routes off Iraq, and managing the protection of offshore seismic operations in both east and west Africa.

Throughout his 16 years as a Maritime Security Consultant, he has also been actively involved in managing Anti-Piracy operations, both offshore and onshore, and is considered a subject matter expert with regards to piracy and crime in the maritime domain.

As part of the Azimuth team, Richard delivers the full suite of ISPS training courses and undertakes a variety of security-related consultancy projects on behalf of clients.